Export of Goods and Services Under GST – Implications & Refund Provisions

Impact of GST on Automobile Sector in The Post-Pandemic World

One of the objectives of GST was to eradicate cascading effect of taxes which existed under excise, VAT and service tax.

Under GST input tax credit can be claimed irrespective of place of supplier, thus making accessibility for sales and purchase of goods easier.

What is Input Tax Credit?

Input tax credit (ITC) is the tax paid by the buyer on purchase of goods or services.

Such tax which is paid at the purchase when reduced from liability payable on outward supplies is known as input tax credit.

In other words, input tax credit is tax reduced from output tax payable on account of sales.

Lets Understand With the help of  Example

From above, we understand that Rs 3240 reduced is input tax credit availed that had been paid on purchases.

Documents  on which Input Tax Credit may be claimed:

Where tax has been paid under reverse charge basis, input tax credit may be availed in the same month in which the payment is made, provided the following condition is satisfied –

(1) Liability has been discharged through cash

(2) Goods or service has been used for business purpose 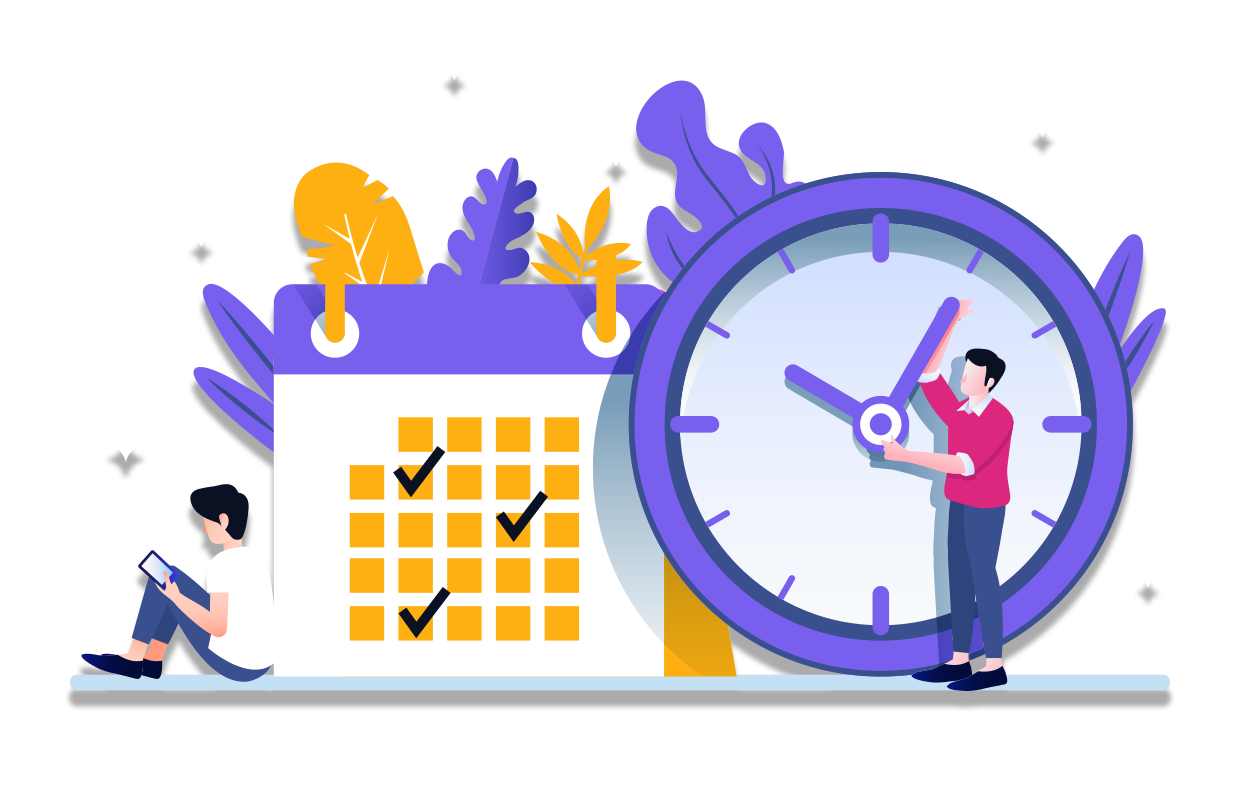 Input tax credit can be claimed against an invoice/ debit note or credit note before the end of the following dates, whichever is earlier –

However, if no credit has been claimed till filing return of March 2019, any such credit will lapse and cannot be claimed even through GSTR 9 annual return.

Special Circumstances  in which ITC may be claimed

As per section 18 of the CGST Act, input tax credit may be claimed in certain special circumstances –

Availability of input tax credit in case of compulsory registration.

Availability of input tax credit in case of voluntary registration

Availability of input tax credit when the registered person ceases to be applicable for composition scheme.

Availability of input tax credit in case of change in constitution

Ineligible Input tax credit or items  where ITC is not allowed 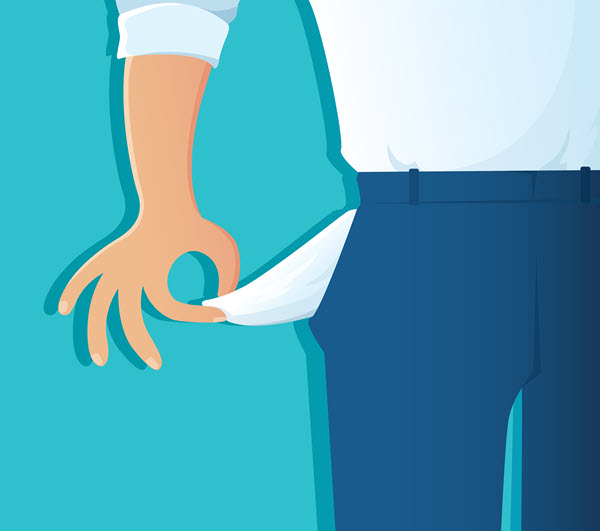 Purchase of motor vehicles or conveyances. However, there are certain exceptions to it.

Any expense including insurance of motor vehicles or conveyances mentioned above.

Sale of membership of health and fitness centre, clubs

ITC on purchases by registered person opting for composition scheme.

ITC on goods stolen, lost, destroyed, written off or given as free samples.

From 1st July 2019, GSTN portal has been updated with new system of ITC utilisation. ITC can be utilised in the manner described below. 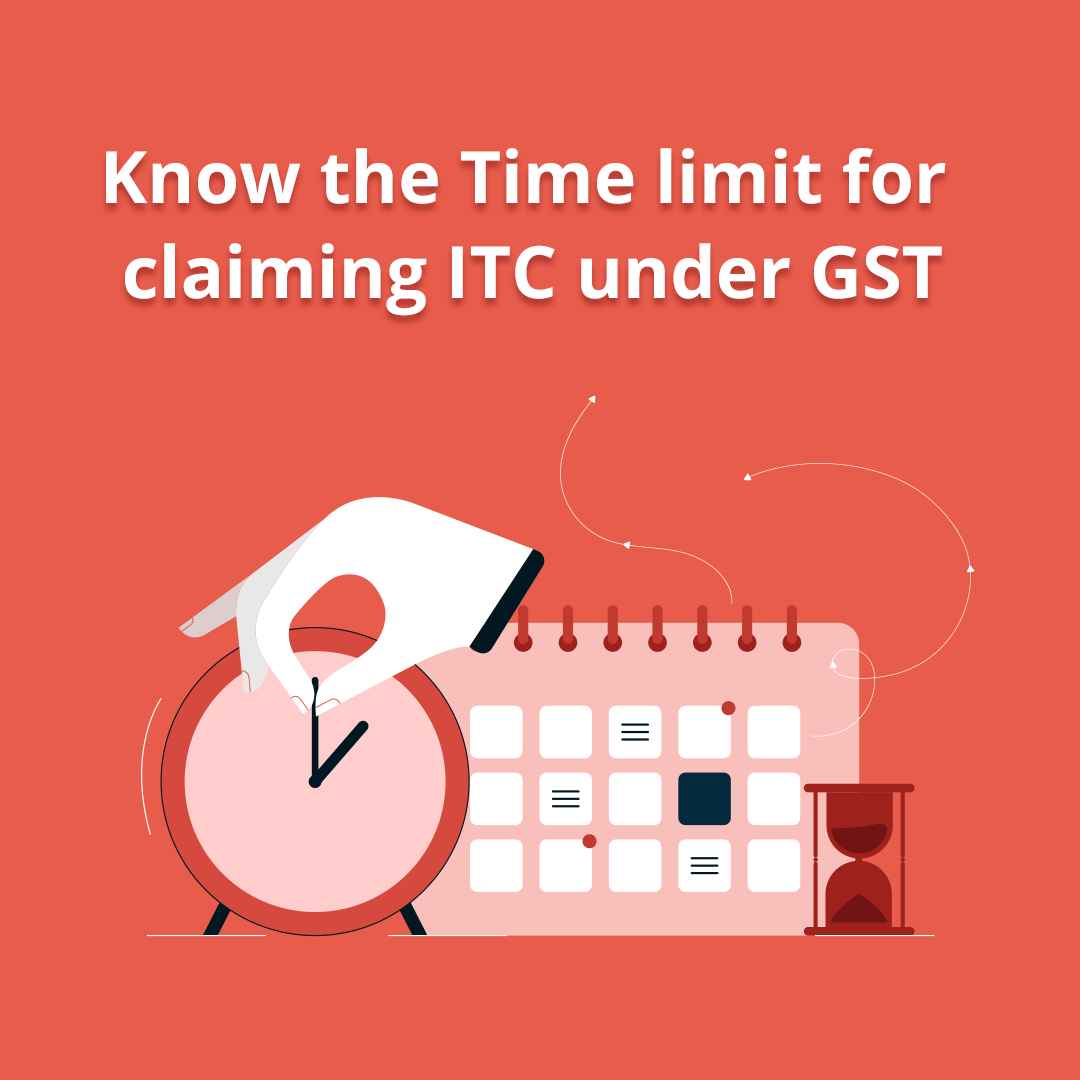 GSTIN has specified a time-limit to claim the Input Tax Credit.

As per Section 16(4) of the CGST Act 2017, taxpayers can claim any pending ITCs for any particular month, till the September of the subsequent year or while filing the annual return GSTR-9 for the financial year in which the Input Tax Credit has been availed.

Any pending ITC post this period will collapse & you will not be allowed to utilize it in any way to release any tax liabilities.

However, it is recommended to claim the ITC in real-time that is to claim ITC on a monthly basis via form GSTR-2B Reconciliation & GSTR-3B.

The ITC claiming time limit must be kept in mind by the accountants especially while dealing with complex transactions such as Imports & SEZ transactions. 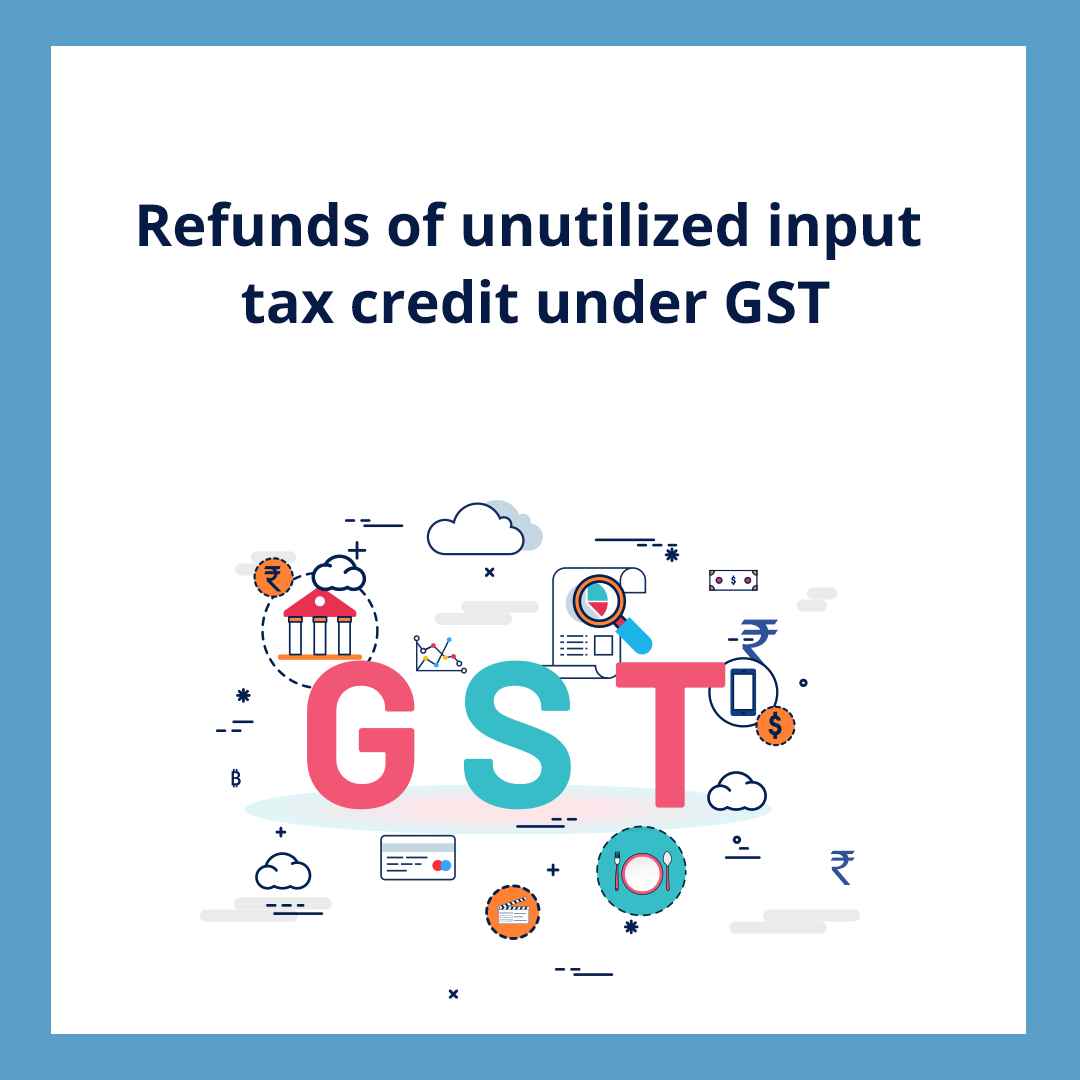 Refund of Input Tax Credit under GST comes in three forms, that is there are three cases under which a taxpayer can claim the refund of the ITC in their electronic credit/cash ledger 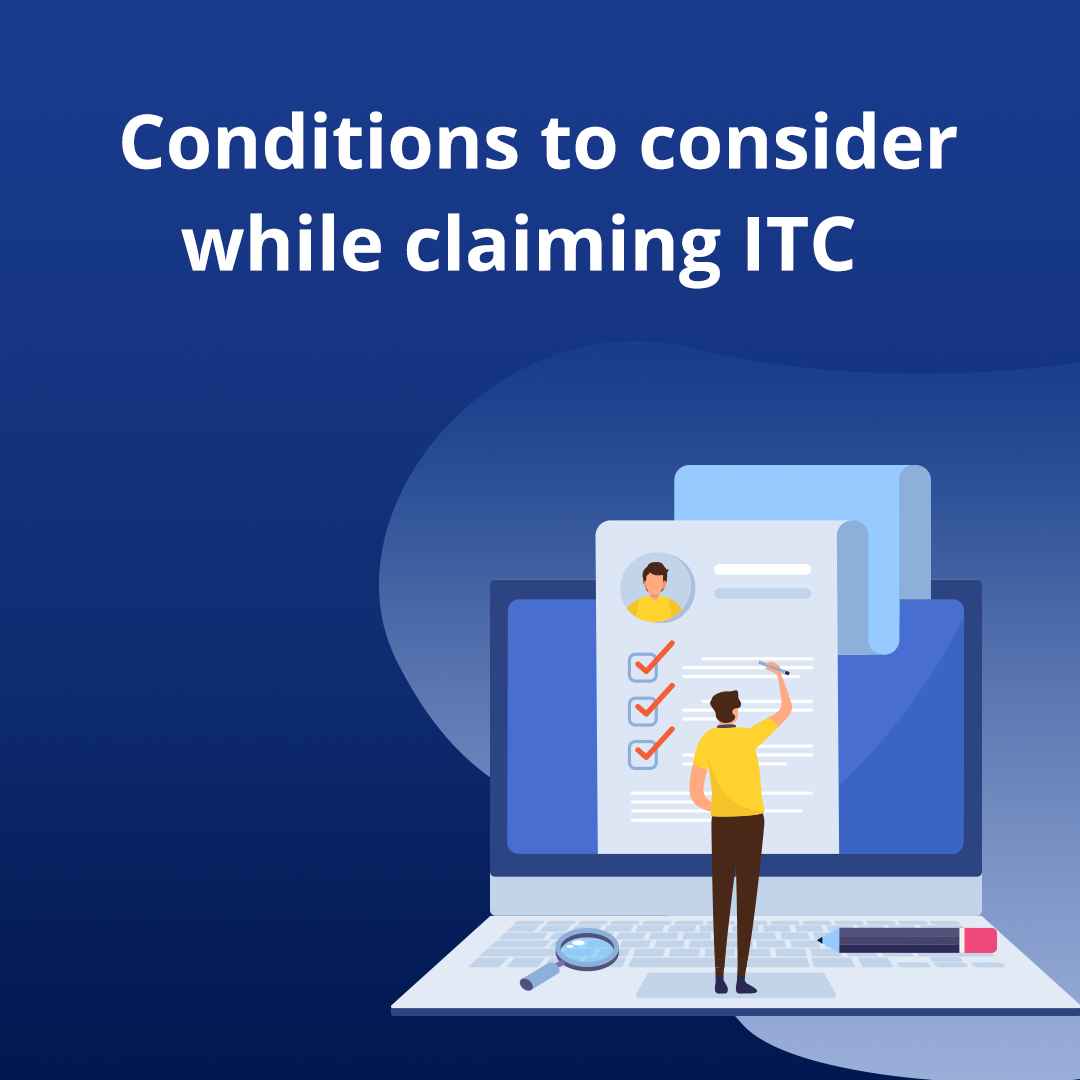 There are a few rules & conditions that taxpayers need to keep in mind while claiming ITC under GST.

The buyer of the goods who is claiming the ITC must make the complete payment to the supplier within 180 days from the date of supply in order to claim ITC.

If the buyer fails to do so, then their credit availed will be added to their outward tax liability.

The taxpayer who is willing to take ITC must possess the invoices & other supporting documents with him, such as Credit & Debit Notes

The receiver of the goods & services must have received the same within 180 days from the date of the invoice.

As per the 10% Provisional ITC rule, if your supplier fails to furnish the invoices in their GSTR-1 & it does not appear in your GSTR-2A you will not be able to claim full ITC on such transactions.

Instead, you will be eligible only for an additional 10% of the actual ITC mentioned in your GSTR-2A.

You cannot claim ITC on the capital goods if you have already claimed depreciation on the same.

You can opt for either of the two but not both.

In case you are receiving the goods in lots or installments, then you will only be eligible for ITC when the last & final installment is received by you.

Customers can claim ITC based on Debit Notes created against an Invoice.

Using a Credit Note, the supplier can reduce their tax liabilities.

In this case, the recipient will have to reverse the ITC that they have claimed as Credit Notes nullify the transactions.

ITC on Import of Goods

While claiming ITC on imports, you must furnish- The bill of entry & The IGST payment challan.

Deposition of Taxes to the government

You must ensure that the GST that you have paid to the supplier reaches to the Government vis GST returns.

If the tax doesn't reach the Government, you may not be able to claim full ITC of the same

Common Credit of ITC under GST

Common Credits can only be claimed in the following 2 cases-

What is meant by ineligible ITC? 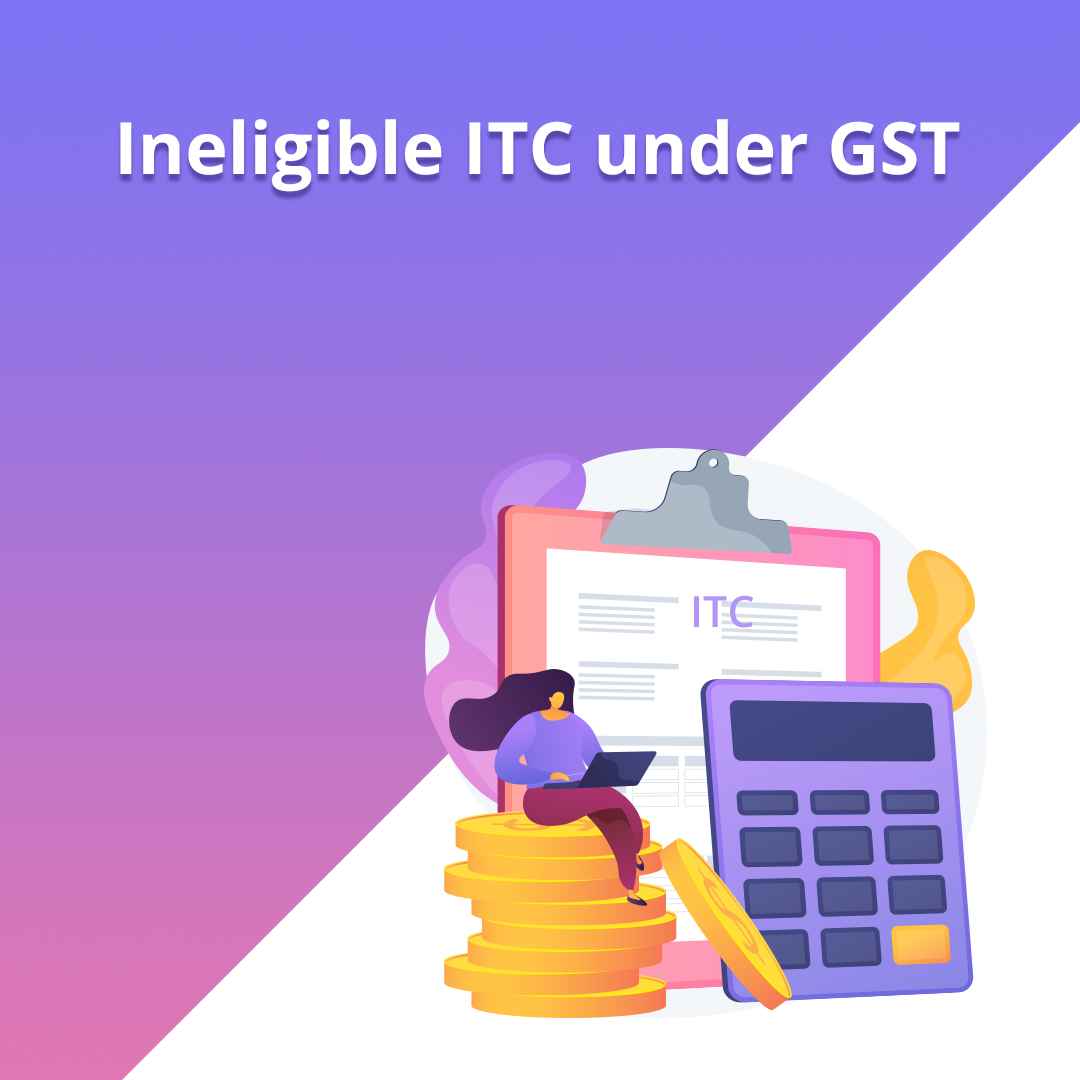 There are certain cases Where Input Tax Credit under GST Cannot Be Availed, this is called ineligible ITC under GST.

We have listed down the cases that are ineligible for claiming Input Tax Credit under GST, if taxpayers claim the credits of these items/services they can be liable -

Capital Goods only for Personal Use: No ITC available

Capital Goods only for Exempted Sales: No ITC available

Capital Goods for both personal/ exempted AND for Normal Sales:

Calculate proportionate ITC depending on the ratio in which the goods are used for personal & business purposes.

Since Mr. Pushkar is using the material for his business, he can claim the credit of INR 2500 by mentioning the same in their GSTR-3B and adjust the same with his outward tax liability & reduce it.

Now since he already paid INR 2500 as input tax, he can utilize his credit & reduce the outward tax amount while paying the tax liability at the time of filing his GSTR-3B for that tax period.

Meaning he will only have to pay an adjusted amount of INR 7100 as his outward tax liability.

Working- Now, the major question here is how does ITC work while filing the GST returns?

Here is a simple explanation- First, Mr. Pushkar’s supplier will file their GSTR-1 & declare the details of the sale he made to Mr. Pushkar in the same.

The details filed by the supplier in their GSTR-1 will reflect in Mr. Pushkar's GSTR-2A as well as GSTR-2 for that tax period.

Mr. Pushkar will then file their GSTR-3B using their GSTR-2A & GSTR-2 where he will calculate his actual tax liability, his input tax credits as per GSTR-2A, & then the final adjusted tax liability payable.

Payment the supplier within 180 days from issue of invoice

Inputs and capital goods must not be used for personal purposes

When the reversed ITC is less than required

This reversed ITC needs to be furnished in the recipients GSTR-2. Additionally, the reversed ITC will add up to the total outward data.

CA Sugandh Jain Parmar is a practicing Chartered Accountant with an experience of over 4 years.Having associated with one of the Big 4 audit firms in India for 2 years, she has knowledge on internal audit and internal financial controls.Currently, her domain specialization includes providing GST consultancy and advisory services.Her articles focus on balancing information and in-depth information on GST related topics.